Board meetings will be held at 7 p.m. unless otherwise indicated.

Click on the links below to view documents:
School Board Policy Manual
Chain of Command
Organizational Chart 2019-2020

Board Minutes from Prior Years

Meet Our Board Members

Charmise P. Desiré, Board President, began her tenure on the board in July 2018. A resident of the district since 2000. Mrs. Desiré has been a parent advocate and community supporter who has found various ways over the years to use her skills to support the Uniondale community. She was a PTA member, founding President of the Uniondale HS Football Parent Booster Club, served on various district interview committees, UHS Character Education Committee, District Technology Committee, District Pupil Capacity Focus Group, to name a few.  She is also an engaged member in various civic organizations in the Uniondale community and a graduate of the Parent Leadership Institute of Long Island, in association with the Childcare Council of Nassau County.

In May 2020, Mrs. Desiré was elected to the Nassau County Executive Committee of the Nassau-Suffolk School Boards Association to represent her community. A former member of the Board of Directors of the Public Relations Professionals of Long Island, Mrs. Desiré strongly believes in outreach and community engagement. She is also a devoted leader in her local church and enjoys motivating and inspiring young people of all ages. She and her husband are honored to be parents of two Uniondale graduates, one of whom graduated from Princeton University  and one pursuing his college degree. 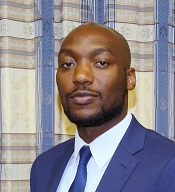 Justin Brown, Vice President, began his tenure on the board in July 2018. Mr. Brown is a graduate of the Uniondale School District.  He epitomizes the scholar-athlete and the value of the arts and sports in facilitating and forging academic achievement.  Currently, Mr. Brown works as a member of the Institutional Review Board (IRB) Administrator with Memorial Sloan Kettering Cancer Center.  He has a bachelor's degree from St. Thomas Aquinas College and a master's degree from Hofstra University. In addition to serving as Trustee of the district, Mr. Brown is also the President of the Nassau County Board of Visitors as well as a Prisoner Advocate at NYU Langone Medical Center's IRB. 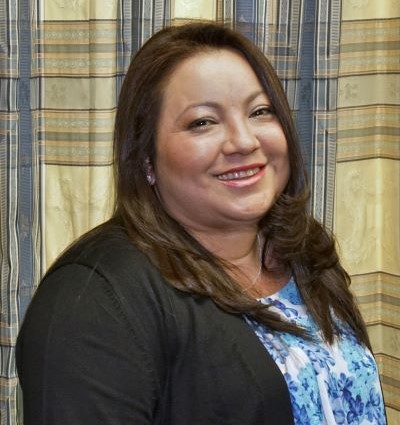 Adelina Blanco-Harvey, Board Trustee, affectionately known as Addie, is a product of the Uniondale school system having lived in the District for over 35 years. Four of her and her husbands children are proud graduates of Uniondale High School.  She believes that a well-rounded education incorporates developing academic skills along with nurturing aptitude in critical thinking, problem solving, teamwork, and other enrichments within the curriculum.

Some of her accomplishments are:

Mrs. Blanco-Harvey is the Public Relations Coordinator and Office Manager at Premier Endodontics of Long Island with oversight of three offices.  She is a graduate of Nassau Community College and received her Bachelor’s Degree in Childhood Elementary Education with Bilingual and Special Education Extension from SUNY Old Westbury.  She is passionate in her belief that a school board must be responsive and receptive to parents, staff, and stakeholders of the community they serve.   She and her husband are honored that their children thrived, graduated from Uniondale High School and are pursuing their college degrees.  They also look forward to their younger children graduating from Uniondale High School. 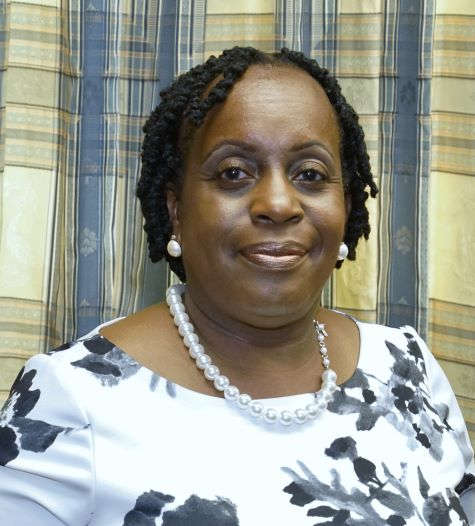 Carol Eason, Board Trustee, began her tenure on the board in July 2019.  As a parent, homeowner and former employee of Uniondale High School, she has had a 25-year relationship with both the district and community.

Carol is a Licensed Social Worker as well as a Certified Life Coach with her own small private practice.  She is presently working as a School Social Worker at a charter school in Brooklyn.  Carol is the proud mother of six children, five of whom have graduated from the Uniondale School District and are thriving in their careers, and one who is still continuing her education within the district.

Carol has always advocated for students, families and teachers in every position she has held.

Previously, Carol was a PTA President for Cornelius Court School and California Avenue School, as well as a member of the Site Based Management Team for Uniondale High School and Lawrence Road Middle School.  She was also one of the social workers for Safe Schools Healthy Students and a social worker for the Twilight Program.  She was a coordinator for Adult Education, Liberty Partnership and the Advantage Program at Uniondale High School, as well as the 504 Coordinator.  Carol takes great pride in being able to continue serving her district and community. 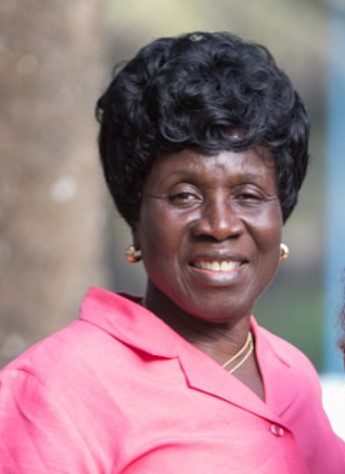 Dr. Mary Bediako is the newest member of the Uniondale School Board of Education.  She received her undergraduate degree from the University of Ghana, and her Masters and Doctorate degrees from Teachers College, Columbia University.

Dr. Bediako began her tenure with the Uniondale Board of Education on July 1, 2020.   She is a retired educator, with over 40 years of service to public school children and parents, beginning her career as a math teacher and later as a school district administrator.  She was the first Director of Personnel for the Uniondale Public Schools, and some of the teachers she recruited then are still with the Uniondale School District.   For 22 years, Dr. Bediako was the Assistant Superintendent for Personnel for the Freeport School District.  For 19 of those years, she also served as the Board’s District Clerk until her retirement in 2019.

Dr. Bediako is recognized for her passion, expertise and commitment in her professional practices in areas of personnel management, staff development and program evaluation. She is a trained Curriculum Management Auditor.

Dr. Bediako has been a resident of the Uniondale School District for 39 years and is well known in the community.  She attends Saint Martha Roman Catholic Church, where she is a lector and Eucharistic Minister.  She credits the successes of her three grown children to the great foundation they received from the Uniondale Public Schools.  Her children attended Harvard University, Cornell University and Lynchburg College. 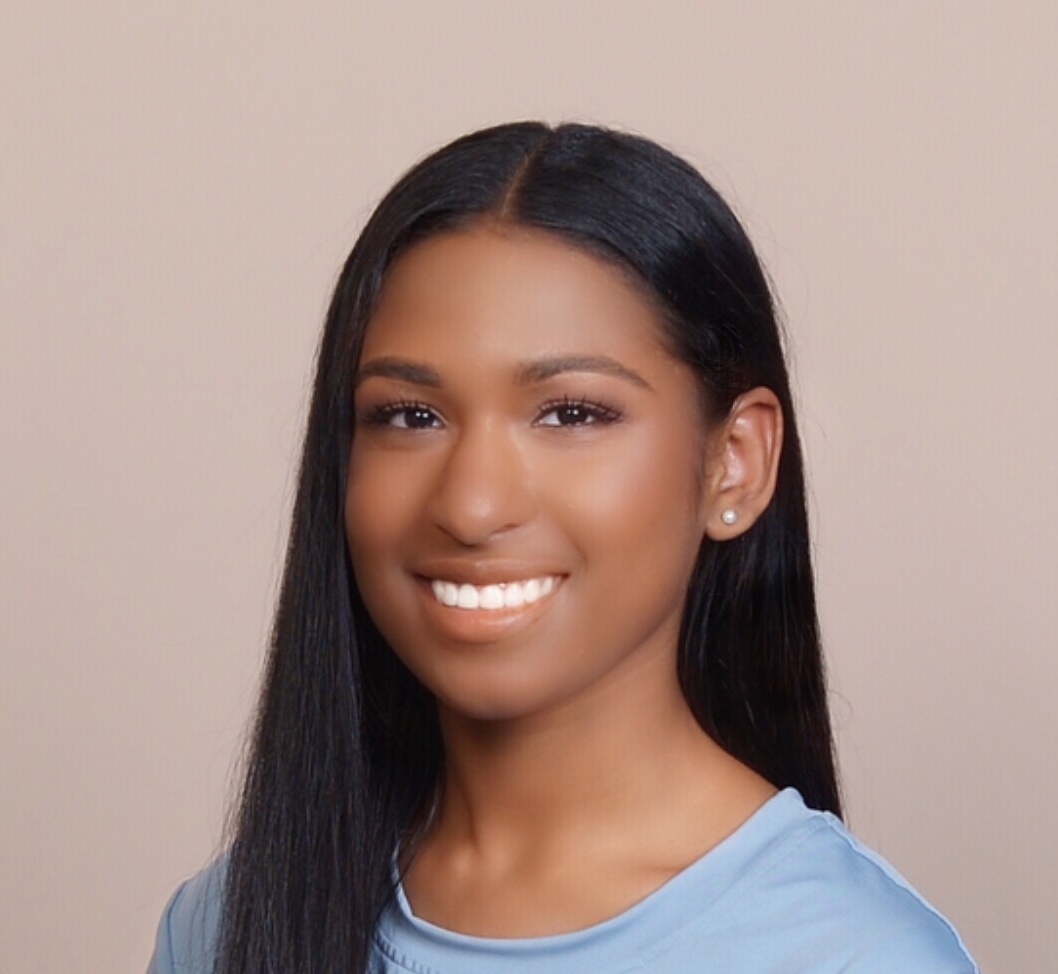 Valencia Hopkins, a senior at Uniondale High School, has been a student in the Uniondale School District ever since she was in kindergarten. She is very honored to be representing the student body as the new student board member for the 2020-2021 school year. Valencia is dedicated to advocating for the needs of the students and she is very open to hearing any suggestions. In school, she is very involved in extracurricular activities and honor societies such as the National Honor Society, the Math Honor Society, the Science Honor Society, the Social Honor Society, and the Tri-M Music Honor Society. She serves as the president of the Mathletes Club at Uniondale High as well. She has been enrolled in vigorous AP and college-level courses since she was in tenth grade.  Valencia began her journey in Uniondale at Northern Parkway Elementary, continuing on to middle school at Lawrence Road, and finally, she now completes her journey at Uniondale High School. She has made the district proud as her middle school Valedictorian and as the spelling bee champion for 5 years in a row. She had even placed 3rd in the Regional Spelling Bee. Valencia hopes to pursue a professional career in medicine after graduating from Uniondale High School.